Need I say more? Happy Chinese New Year to everyone! 🙂
Here’s the second half of me reminiscing the good old days of 2001, namely when I was an international student representative. Friends not from Perth will probably find these quite dry and uninteresting, so please bear with me. Friends from Perth can probably relate to what I write, as it is most likely through the ISC that I got to know you.
*~*~*~*~*~*~*
Being the youngest in my family usually mean that my opinion aren’t entertained by others in the family. Its just one of those things that’s embedded in the traditional Chinese culture – always respect and obey the elders, and never question their decisions. Usually when I suggest to my elder sister, say, a different technique of doing something , her favourite reply would be the standard “Don’t ask questions. Just do what I say.” So I grew up taking orders and doing what other people tell me to do. 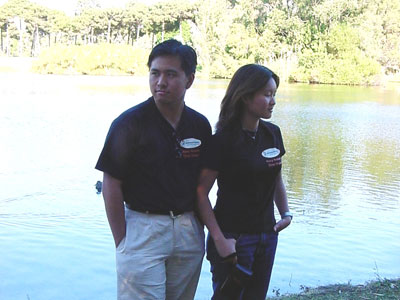 When I was elected as the International Student Committee (ISC) Convenor, I knew I was in for a different kind of challenge – the last leadership experience I had before this, was to babysit my little cousins when I was 12 years old.

Student bodies in Australian Universities are very different to those back home. The ISC is totally funded by students, the University has no direct control over its operations, and apart from social and cultural events, and the ISC Convenor together with University management has a role in the operations and directions of the Uni. All these sounded very boring and ‘tua liap’, but the fun comes in when you start meeting and interacting with new people.

I started the year with 7 other students. We organised an orientation trip for the new students and through simple projects like that, we bonded. You might have noticed that 6 out of the 8 of us are girls. For the record, I have tremendous respect for female leaders. From my experiences, I find that most male leaders want to be a leader because its a very big-ball thing to do – they want the power, the important-sounding title, yet they don’t put much heart into what they do. Female leaders tend to display the level of loyalty that’s critical the organisation. They can lead and be led, and their careful attention to detail to the job is something I am very impressed with. My recreation officer Connie handled a traditionally difficult position with relative ease – leading, training and educating many new volunteers during her term. My publication officer Huey Ying is one of the most outstanding, hardworking and relentless individual I have ever came across – she is one of those who put so much heart into her work, that she will not sleep until she gets the task on hand 110% done. 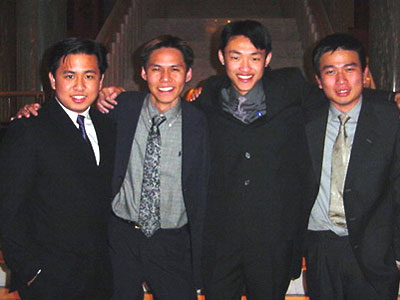 Anyway, after the semester started we recruited a few more volunteers (who also recommended their friends to volunteer for the ISC) which expanded our group from the original 8 person team to 40-plus active volunteers. After that, we built links with the many country/religion-based clubs on campus, and we got to know more students from Curtin. Through NLC WA (state-level student body), we met up with similar student organisations from other WA Universities, got to know even more students. If that’s not enough, around mid-year the NLC (national-level student body) held a conference and we got to know students from all over the country! 🙂

If Friendster existed back then, my friends list would probably cripple the Friendster network. Unfortunately it didn’t, which means I have to settle with less than 100 friends on my list now. 🙁

It was really great to get to know so many people so quickly. Forget about socialising in pubs and clubs, everyone should join a student association at University! In fact, I know a few people who actually met their current bf or gf that way. *cough*Chrissie*cough*Naomi*cough**cough* :). You can’t blame them though. We’re talking about a group full of young, brash and confident 20 somethings getting together and working through day and night to achieve a common goal.
One of the few perks of being a student leader is that you get to travel a lot. Every now and then there will be a meeting here or a conference there to attend. Being the international student representative from Curtin University, I need to uhh… meet with the decision makers who hold welfare of international students in their hands. 🙂 I got plenty subsidised trips during my time with the ISC. Usually we would attend meetings and boring stuff like that for the first few days. After all that is done, its all fun and games. So far we’ve been to… 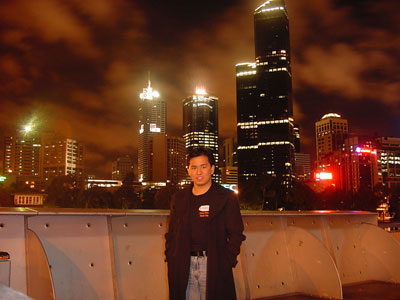 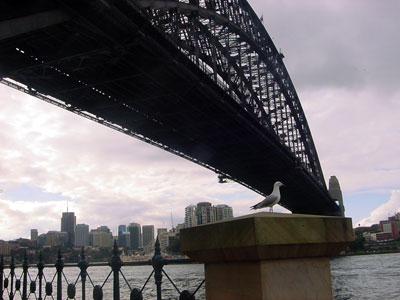 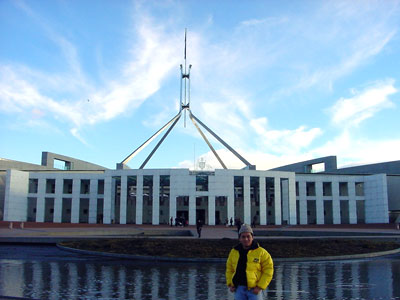 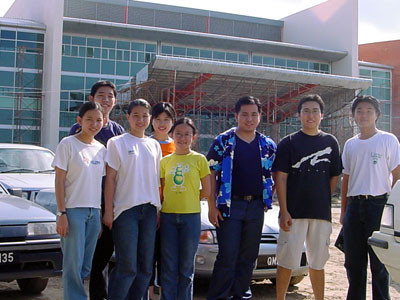 Even Miri, Sarawak! I was there because Curtin University had just started its offshore campus. The student union in Curtin Bentley is concerned about the quality of services over in Miri, so I was sent on an ‘ambassador mission’ to touch base with the Curtin Sarawak Student Council and then report back to Perth. It was a simple job and it was memorable. 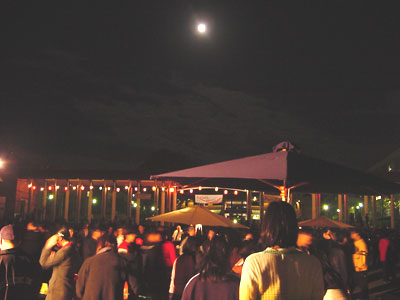 Looking back I reckon we did a pretty good job leading ISC. One of the most memorable events happened in the lead up to the Curtin ISC Pasar Malam – our biggest cultural event. The event was held on 12th September 2001. I wasn’t sleeping much at all the night before – I was glued watching the news on the terrorist attacks till 3am. The next morning at 8am I was called into an emergency meeting with the University’s International Office. The first thing that went through my head was that they were going to ask me to cancel the event (!). Of course that didn’t happen. 🙂 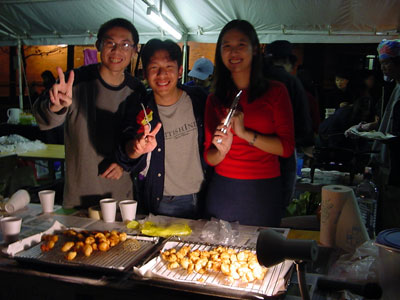 The Pasar Malam went ahead as planned. After talking to the University we figured that events like this celebrates our differences in culture, which is especially important in the aftermath of 9-11. During the Pasar Malam, there was an American student wearing American flag who approached the mic stand. He made a touching speech about staying strong and pledging tolerance. I later saw him having a chat and getting food from the Muslim Students’ Association stall. And I thought to myself “What the world needs is more people like him.”
New friends and free airplane trips aside, being a student leader is still no easy job. Try juggling assignments and running a student organisation and before you know it, you are occupied 18 hours a day, everyday of the year. I remembered countless times when I called Nicole, only to doze off with her on the other end of a very expensive international call. Sometimes I promised to call her but I didn’t call at all, which is like me tickling Saddam Hussein on the nuts – asking for a major ass-whooping. 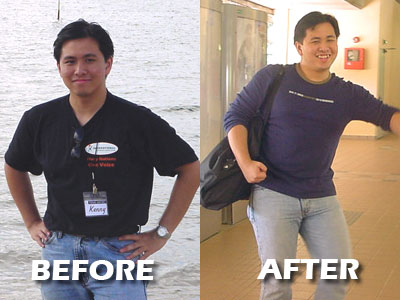 Its a good thing she’s not in Perth though. During this period of time I did not have the time to visit the gym at all, and my weight ballooned. I didn’t have time to get new clothes, so imagine a fat Kenny wearing clothes two sizes too small for him and you’ll get the idea. 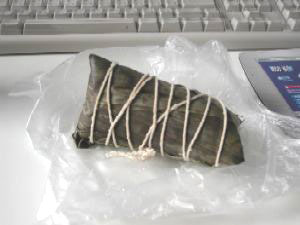