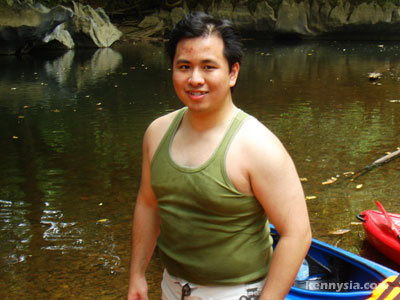 I have always been fat. I never denied that.
I have been fat since I was 9. And no matter how much weight I gained or lost, I am still fat.
People used it as a weapon against me all the time. Whenever anyone wanna attack or insult me, the first thing they would do is say that I’m fat. 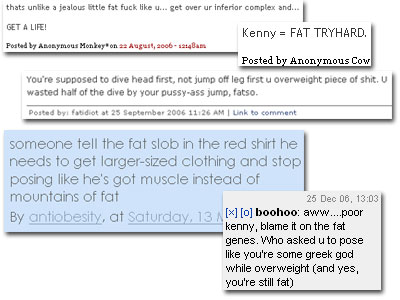 It didn’t do my self-esteem a lot of good, even way back when I was in high school. I was quiet. I did not have a lot of friends because I did not fit in the “popular crowd”. I was bullied because I was fat.
I was like Rudolph the Red-Nosed Reindeer.
All of the other reindeers, used to laugh and call me names. They never let poor Kenny, play in any reindeer games. 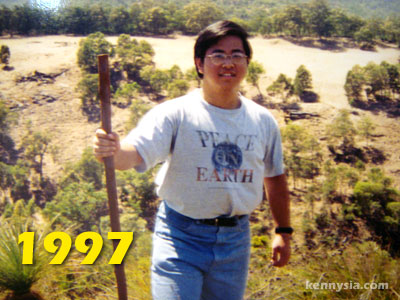 That’s alright. I am fat. People call me fat and I deserve it.
It’s not like I have anyone to blame it on.
Who can I blame? My parents for giving me bad genes? 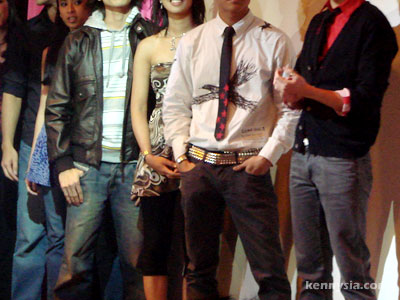 Some people can eat like a horse, drink like a fish, don’t exercise and still remain slim.
I have to watch what I eat strictly and workout 6 times a week like mad just to prevent myself from getting too fat. If I fail to follow that routine for even just one week, I will gain fat. That’s how sensitive my body is.
But that’s ok.
I recognise it as my disability. It is a curse I have to live with. But it doesn’t bother me.
All it means is I have to work extra hard to be on the same level with everyone else. 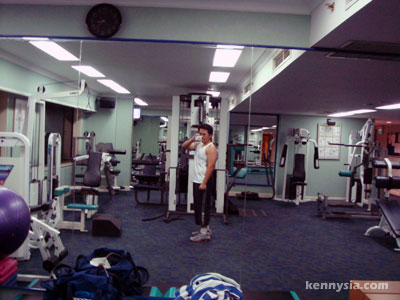 So be it.
This time last year I made myself a list of New Year’s Resolutions.
One of the items on the list, is to shed 10kg off my body weight. 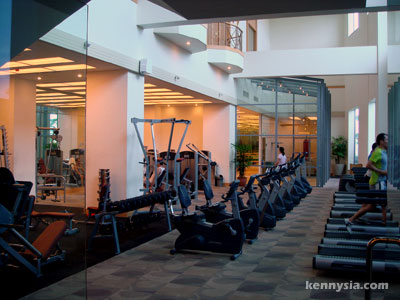 And so I started exercising regularly. For the past few months I have been hitting the gym almost without fail 3 times a week immediately after work. On top of that, I am alternating between jogging and swimming 45 minutes in the pool everyday.
I began eating all the healthy stuff. Friends who went out with me before would vouch for my strict draconian diet. I gave up a lot of my favourite Kuching food, like kolo mee and laksa. I took the Kenko Diet Plums I got from Cheesie. At the peak of my desperation, I was eating an apple for lunch.
It has been 12 months since I made that resolution.
I was 86kg then. 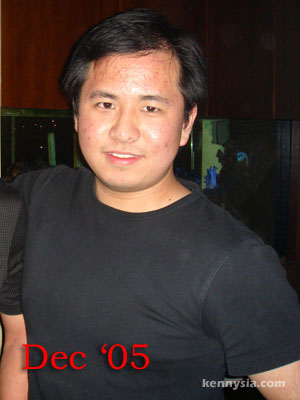 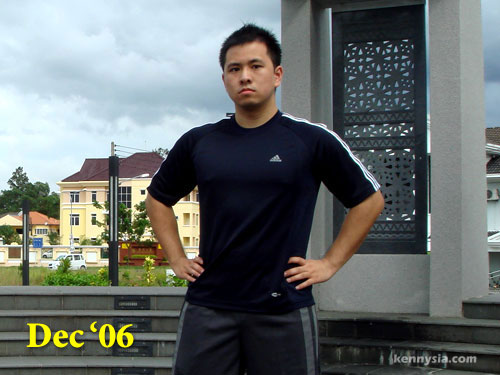 Just 2kg shy of my target.
Of course, I am still fat lah. I know that I’ll probably never ever be considered slim. Still fat, but just less fat.
Knowing how stubborn my body is, losing the 8kg over the period of 12 months wasn’t that easy. Without a doubt, the most significant turning point in 2006 was when I did the 42km KL International Marathon. Of all the participants present that day at the starting line, I was definitely the most out of place. I was like the Jack Black among all the Johnny Depps and Angelina Jolies.
And yet I did it, even when it meant limping and literally DRAGGING my two numb legs for the remaining 12km of the race. 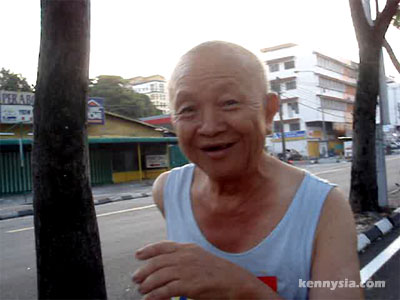 I felt like a brand new person when I crossed the finishing line. It wasn’t just because I had achieved a seemingly inhumane feat. It was also the people I meet along the way, like a 73-year-old who finished the race 1.5 hour ahead of me, that inspired me and gave me unlimited confidence boost.
Completing the 42km made me truly believe that nothing is impossible.
Soon after the marathon, I noticed my body underwent serious transformation. Within a month, 4kg worth of fat melted right off my body. 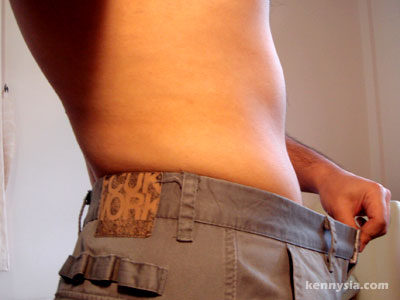 A lot of people e-mailed in asking if I’m participating in future marathons.
Yes, I am.
I can’t lie. I miss the trance I went into after reaching the human threshold 30km into the race. I miss the hit of natural high when I crossed the finishing line. The fact is, I cannot wait to compete in my next marathon. I’m addicted to it.
One of my new year resolutions is take up distance running seriously next year.
I have already started training for my next marathon. 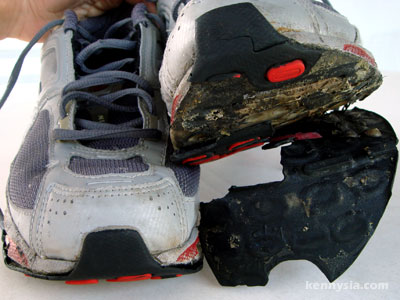 But the shoes I wore for my last one was completely obliterated. I wasn’t ready to replace them since I only had those shoes for less than 2 years.
I did helplessly try to superglue the soles of the shoes back together but the damn thing couldn’t even hold on for a few days before opening its mouth again. 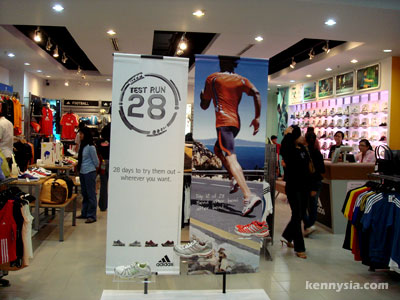 I was walking around in the adidas store at 1 Utama during my last trip to KL and learnt about their ‘Test Run 28’ campaign which I thought was real interesting concept. 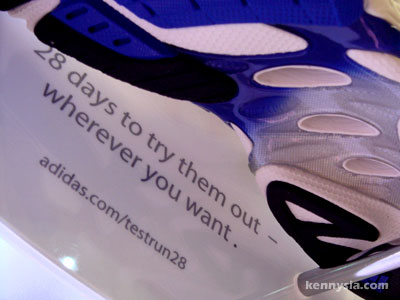 If you’re not satisfied for any reason at all within 28 days, the shop will exchange them for another brand new pair from the ‘Test Run 28’ range, no questions asked.
That’s real important because good running shoes always costs so bloody much. Most people don’t know if the shoes really suit them or not until they tried them out in the real world. 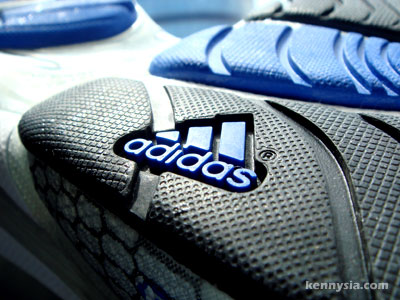 It’s been ages since I bought new sports shoes, so I was like a kid in a candy store going through all the choices.
I spotted the adidas Supernova Control and fell in love with it as soon as I slipped them on. It is their latest in their popular Supernova series which has been getting rave reviews from the runners community. A pair of those costs RM499 . That’s the price to pay to get their top-of-the-line technical running shoes.
RM499… that’s like, RM249.50 for each foot. :/ 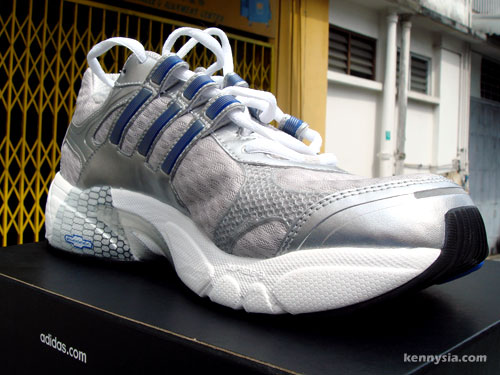 The difference between a RM499 technical shoe and a RM49 one you can get from Bata is that the more expensive adidas is fitted with all the high-end technology a normal person couldn’t care less.
Technology like the Ortholite for its antimicrobial moisture wicking sock lining, 3D Torsion System for mid-foot integerity, Quickstrike for light-weight flexibility, adiWEAR for durable outsoles, adiPRENE for shock absorption and adiPRENE+ for efficient forefoot propulsion.
Oh sorry, did I make you read through all those? 😉
Heh, I wouldn’t even adiBOTHER to adiSTAND all those adiTERMS, adiWISE I will get an adiHEADACHE+ and then I’ll say adiOS. 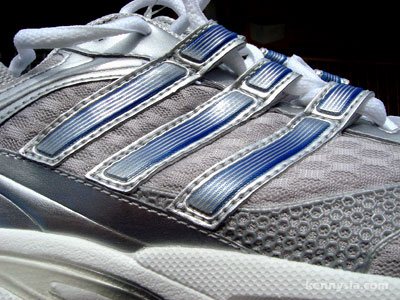 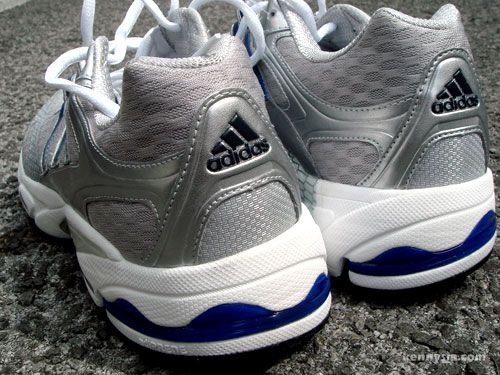 Anyway, I worn the shoes for a few days now and they feel fantastic. No wonder seasoned runners love these. My ankles don’t hurt as much after running and that’s a good thing if I plan to improve my marathon time in 3 months time.
When you’re running religiously everyday, simple purchases like this can make your feet really happy. 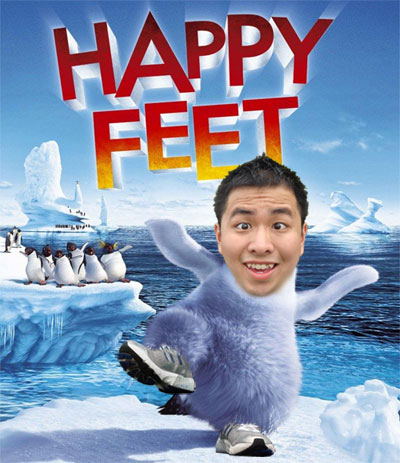 So who’s joining me for my next marathon?

Look what I got in a mail. A belated birthday/early Christmas present all the way from Singapore!
Thanks desperate addict!