Getting around in Hong Kong couldn’t be any easier. 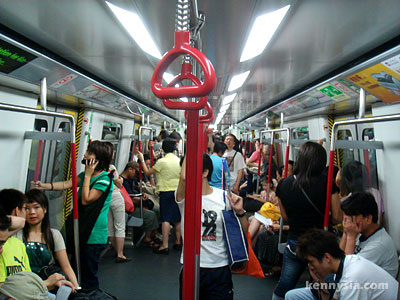 Their underground rail system is damn efficient, possibly among the best in Asia.
It is the quickest and cheapest way to get around the peninsular and two main islands in Hong Kong. Trains arrive fast and carriages are never too crowded, even during peak hours. Pretty much all their tourist destinations are accessible by rail.
You don’t appreciate how good their MTR is until you compare them side-by-side with KL’s train network. 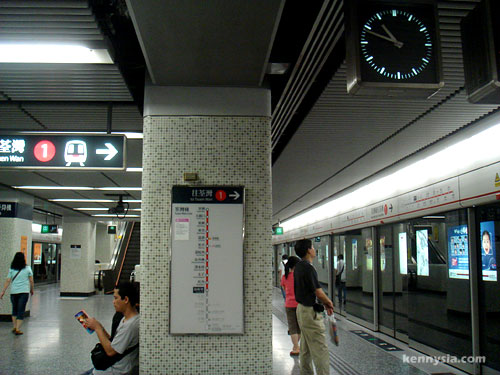 Hong Kong’s MTR must have picked the same designer as Singapore’s MRT. The two share a lot of similarities, from their alphabetically-ordered exits right down to the text font on the signboards.
In fact, if it weren’t for the voice overs blaring cautionary messages continuously in Cantonese, I’d have thought I was in Singapore instead. 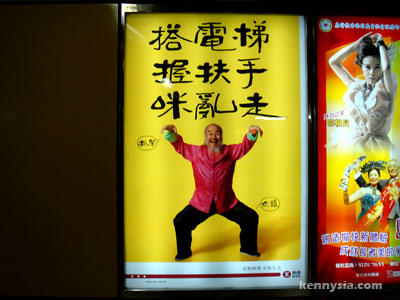 There’s a lot of amusing posters in their train stations. This one says “When taking the escalators, hold on to the handrails, don’t walk away.”
How stupid. Who the heck holds on to BOTH handrails on the escalators like that.
If you do that you’re gonna block people’s way and get your nuts kick. 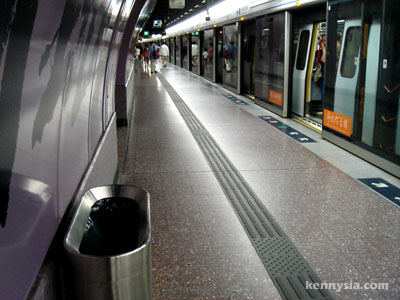 The only difference between Singapore and Hong Kong, rubbish bins are easily available in the train stations here.
You can’t find rubbish bins anywhere inside Singapore’s MRT stations because evil terrorists might plant bombs in them. 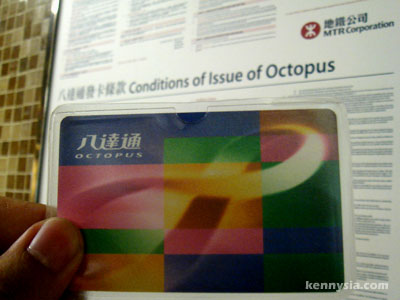 Har! Want to use octopus also have conditions one.

In Hong Kong, their version of the Touch n Go or EZ-Link card is called Octopus.
These RFID cards have a lot more uses apart from just paying for the use of public transport. Many shop and food outlets are accepting octopus as tender.
The card lah, not the animal. You think what. Barter system ah. 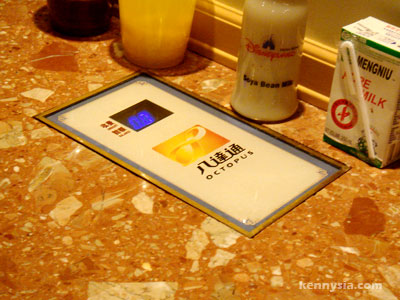 It’s very high tech. And it brings a lot of convenience to the Hongkies because they don’t need to carry spare coins on them when they’re out and about.
You can shop at 7-11, do your groceries at the supermarket or have even yummy mango puddings at XuLiuShan with your octopus… pus… pussies? 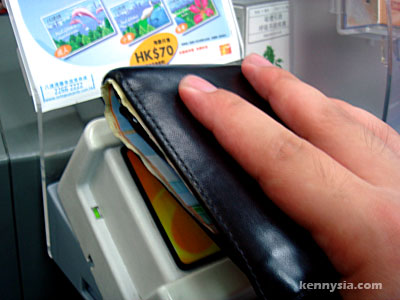 This is how I pay for my drinks.

Sometimes I find myself shunning shops that don’t accept octopussies and go for shops that do because I’m too lazy to dig coins out from my wallet.
Even the vending machines that accept octopus. No more trying to find the right change when you’re thirsty. 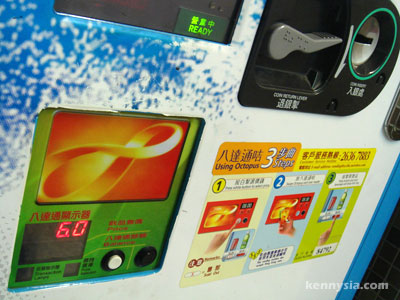 I reckon the buskers and homeless people should also have octopus card readers installed. Maybe then people won’t give excuses like “sorry, no change” as a reason not to give money. 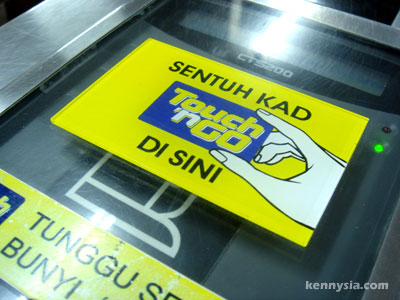 I wonder when our Touch n Go cards here can be as useful as that. And please, they gotta stop using that horrible name “Touch n Go”.
Touch n Go is when you molest someone’s butt then quickly go. That’s Touch n Go.

Why does Mel Gibson look so much like an evil Iraqi dictator?